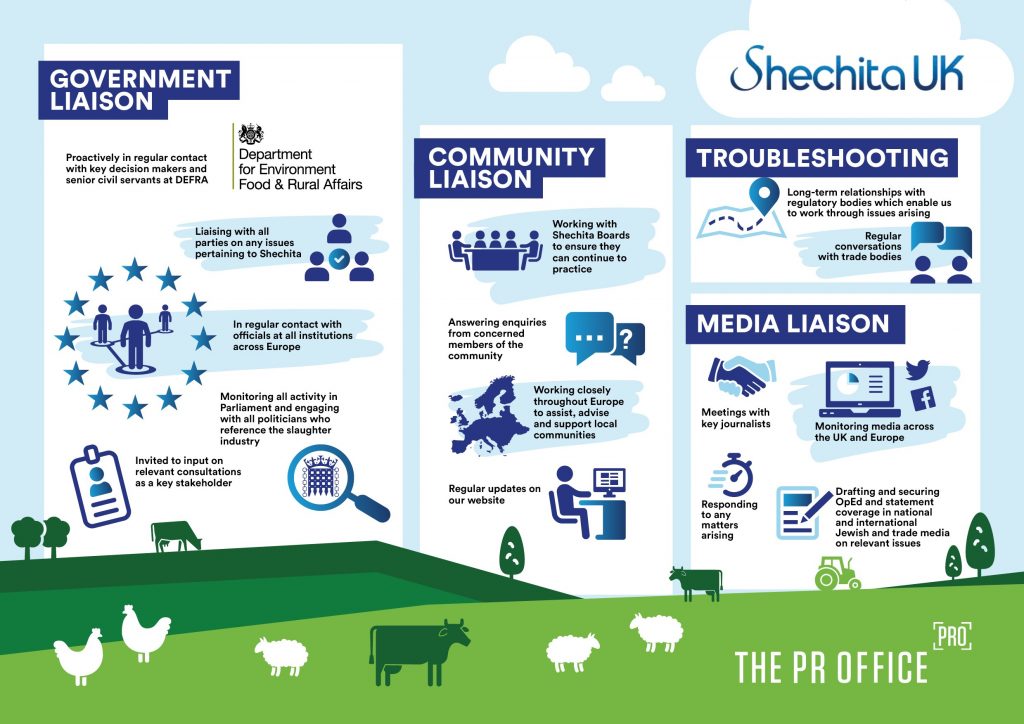 Shechita UK has been established to promote awareness of and education about the Jewish religious humane method of dispatching animals for food, and to dispel the myths and falsehoods that have all too often been used as means to attack Jews and their religion.

Shechita UK is the core-group responsible for the inception of Shechita EU – the working group established early in 2009 to coordinate communication with the EU on all aspects of shechita.

About the Board of Deputies of British Jews

The Board was founded in 1760, and over the years has developed its role as the elected, national representative body of the British Jewish community. Its members are elected by synagogues and communal organisations from all parts of the country and all sections of the Jewish community.

The Board of Deputies protects, supports and defends the rights and interests and religious rights and customs of Jews and the Jewish Community in the United Kingdom and promotes the development of the British Jewish community.

About the National Council of Shechita Boards of Great Britain

In 1953 the National Council of Shechita Boards was established, encompassing all UK Shechita activities and joined in presenting a unified platform for the protection and defence of Shechita. Nowadays the National Council is also devoting resources to provide education about the proper practice of humane slaughter. The Council is often consulted by Government departments and animal welfare organisations who accept that Shechita is humane and is conducted by trained professionals to the best standards of practice.

About the Campaign for the Protection of Shechita

The Campaign for the Protection of Shechita was established in 1984 to protect Shechita from external threats in the UK. It has a nation-wide constituency and is consulted by Departments of State.